A Bird in a Can, Halyard Park, Dead Bird Brewing Company 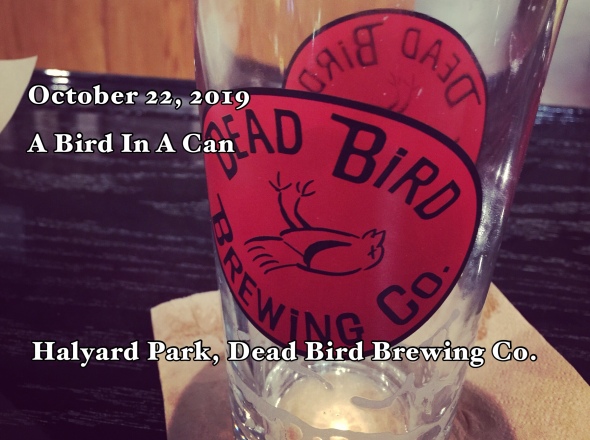 Dead Bird Brewing Company Taproom opened last month like rumor, turns out that the truth betrayed fiction. Yes, Milwaukee now has a place called Dead Bird Brewing. A self proclaimed nanobrewery, the space that houses this small batch brewing outfit has garage chic charm that only Milwaukee’s legacy of industry embedded in neighborhoods can provide.

Halyard Park’s Has A Brewery?

Dead Bird picked a spot on 5th street in Halyard Park, a low profile predominantly African-American enclave just North of downtown and just West of Brewer’s Hill. This subdivision was developed in the early 80’s to bring suburban planning and housing sensibilities of a place like Glendale into the heart of the city. Halyard Park now attracts upscale urbanist redevelopments like The Griot and City Place apartments which sits across the street from Dead Bird’s establishment.

Dead Bird will give fun-loving patrons an unpretentious setting to let the wild rumpus start. With just enough rustic detail in its interior design, Dead Bird sits a tier above single use light industrial. Maybe the social cycle has come full circle to call for spaces like this one, large rec halls that make their own brew and designer snack food so people can hang out. Let Milwaukee have Der Rathskeller revival!

To complete this venue’s curious attraction, a selection of vintage quarter-slot arcade games line Dead Bird’s walls, marking the signs of times. Those GenXs and Oregon Trailers have come of age and they’ve found out first hand they had a reason to revile authority and hold cynicism toward the system. Now in nostalgia, they just want a taste of those wondrous tween years again and can spare more than $2 on quarter games in a single visit. Dead Bird also plans to host sociables like game nights and a cribbage league. 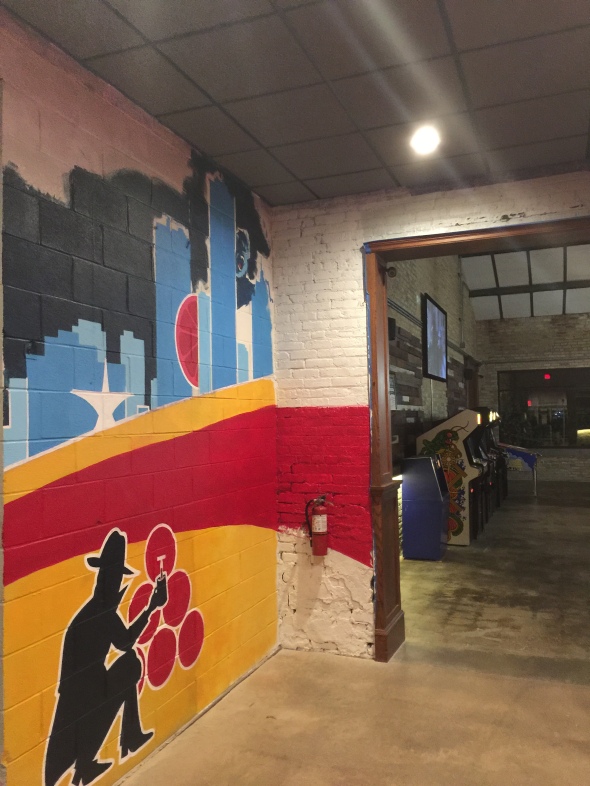 You’ll find more than just IPA’s here. Dead Bird boasts a manageable and balanced selection of draught brews. The brew list has variety featuring local and regional brews and styles along side Dead Birds own batches.

With a peculiar name for such an auspicious place, apparently an experience with a dead bird really did inspire the name. A historical plaque will appear at some point to keep the team from having to tell the story over and over one hundred million times. Finding out the story for yourself can be your homework.

Dead Bird Brewing sits tucked back on a permeable driveway surface (a spectacle in and of itself for any sustainable landscape enthusiasts) just North of Walnut Street at 1726 North 5th Street in Milwaukee. 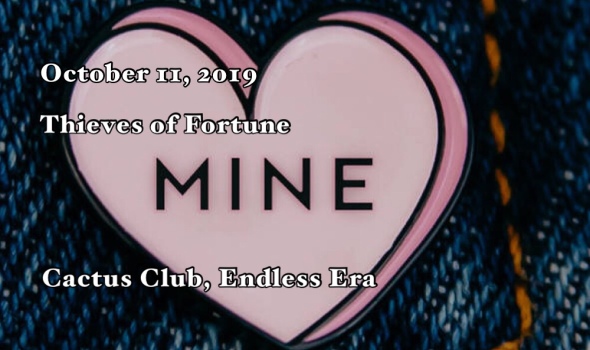 Radio Milwaukee had a spot recently with beabadoobie discussing how inexplicably some musicians with phenomenal projects toil and toil and never quite break through, and how others miraculously gain instant notoriety.

A recent live effort by new kids on the scene Endless Era gave show-goers the feeling this trio could vault straight to insta-hit status or run the well trod path a mega cool cult synth pop act that never quite climbs from under the shadows of the local music canopy.

They cut their Cactus set with an inspired play of their winter 2019 single Mine. Blake Akers just devastated the final drum transitions in a way that very few can open up, sending Jon Eleyet and Caleb Rogers into a controlled rage to bring Mine to its crescendo.

Spicing up the Recipe

It wasn’t so much that the song conjured a groundbreaking new sound, Mine is basically variation of the pop synthwave formula: rising drums, thick down tempo key board, thinly layered guitar melody with a tad of mod distorted amplification, always delicious. A certain moxie and sense of performative urgency set Endless Era apart. How they progress from their new-band honeymoon will be worth staying tuned, hope they stick around for awhile.

Endless Era’s 2019 single Mine is available on bandcamp. 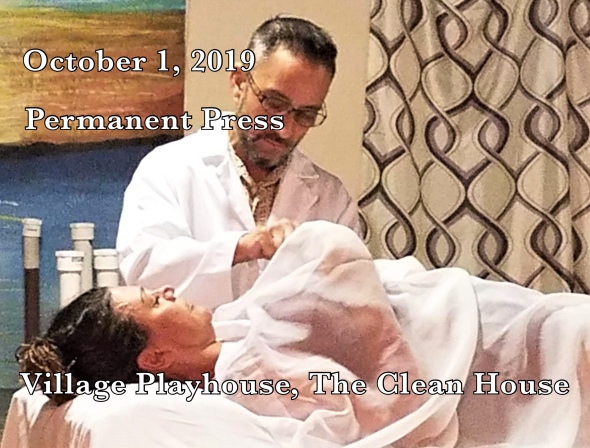 Matilda (Emily Condon) bounces about Lane’s house taking life in stride while she battles an extended case of the mopes. She recently lost both her parents and has found herself a Brazilian transplant in America doing the thing she hates worst for a day job, cleaning.

“Laughter cleans the insides,” Matilda announces halfway through our encounter enmeshed in the fateful intersections of human paths that The Clean House dramatizes.

Matilda inherited comedy from her mother and father, who shared the wonder of laughter with her from the day she was born, but left her wanting on the day they died. Matilda carries this void along when she enters Lane’s crumbling personal life as her live-in maid.

Lane (Jackie Benka), once a charmed doctor who hitched up with a surgeon, now grasps desperately to hold her strained marriage. The controlled demolition of Lane’s personal life gives this story a hub of morbid ironies to find humor and wisdom in.

Lane’s bored and nosey sister Virginia (Kathy Landry) regularly comes poking around and stirring the cauldron brewing in Lane’s house that Matilda already has swirling with her mercurial ways. Matilda and Virginia make a odd match of confidants as Virginia’s love for cleaning and small talk meets Matilda’s need for an ear and a pair of industrious hands to save her from Lane’s chores.

Virginia prophetically proclaims the reason behind her devotion for cleaning, “How else are you going to catch your husband cheating.” Commiserating over a basket of Lane’s freshly laundered undergarments, Matilda and Virginia’s symbiosis naturally discovers evidence of Charles’s (Joseph Ellman) infidelity.

Without her cleaning crew’s help, Lane’s rigid intelligence allows her to deduce the symptoms of her failing marriage. When her husband finally comes clean, his stilted and clinical rationalism allows his mouth to supply her a defensible alibi – er, explanation.

He gathered his conscious clearing pass from the cultural repository of public radio no less. Tuning in there, he learned that finding his soulmate Ana (Sam Billek) while removing her cancerous breasts obligated him to be with her. Charles obliviously attempts to share his joy with Lane, with Virginia and Matilda gazing in awe, arriving at her house accompanied by Ana.

As these five lives entangle further, the audience explores several aspects of love’s elusive, unquantifiable presence in our drive to exult in our lovers with our talents, bitterly let them go forever, transact with them steadfastly in daily exchanges of love languages, or unselfishly tend to their last wishes.

A Village Playhouse production, Scott Sorenson’s take on Sarah Ruhl’s story succeeds in creating a well-set, snicker inducing mellow drama. Type-blind casting works here as the players come as they are, betraying and remolding stereotypical imagery this play runs the danger of eliciting, giving the characters a new lease on life.

The Clean House runs at Inspiration Studios in West Allis through October 13 with evening shows Friday and Saturday October 4, 5, 11, and 12th at 7:30pm and Monday matinees October 6, and 13th.