Growing up, I had a shit kicking, High Life drinking, roof laying, neighbor next door. He was also the first person I ever saw grilling in the rain under an umbrella, with a beer can and Marlboro smoking in one hand, turning brats with a serving fork in the other.

Beside the yelling, cursing, racist propagating and abusive familial relating going-on year round, this family can claim my first best friend, my first video game football touchdown (on Atari 5200), and also my appreciation for Bob Uecker’s voice crackling Brewer’s play-by-play through AM airwaves, and not surprisingly my taste for fried smelt.

Back then the crank nets would come out once a year, cast off of the McKinley Marina pier, snagging multitudes of mid sized bait fish. My neighbors would bequeath a 5 gallon bucket or so of smelt upon my family every summer.

Those days of smelt fishing on Milwaukee’s corner of Lake Michigan left long ago. Not to be forgotten, recently I noticed smelt popping up again in Pick N’ Save and even Whole Foods’ fresh seafood sections.

Get Ready to Play

I got a call from an old college buddy of mine, with a ticket to Brewer’s opening day 2013? I hadn’t been since I wasn’t supposed to be there legally boozing… An idea formed instantaneously. Needing only the occasion, I thought craftily to myself, “let the commiserating of old times begin!”

It’s like all the days at the Park that came before and all the days that will come after, this year the atmosphere spits crisp gusts of pre-spring air down on thousands of revelers in the mid-morning pale sun. Bumpers hold brews and bags of chips, buns and what-have-you fixings for the tailgating, my party’s got a special guest.

A hoard of headless smelt lay prone packed on top of each other, wrapped in a thin film of plastic and secured in stiff brown butcher shop wax paper. Unwrapped, they nonchalantly slide past each other looking for the nearest resistance to hold them from spilling everywhere.

Ten in the morning is too early for brats, and thats why these here smelt are here. Seasoned and ready the cast iron pan catches the match light flame, too hot for grill cooking, heating the oil to a boil. Old Bay’s and salt are already mixed in the cornmeal, waiting for the smelt to take a dip and shake. Prepped, the smelt go for a swim in the pan for a couple of minutes, out and ready to eat like fish french fries.

The commotion draws the attention of a few weathered tailgaters. They exclaim “Aw yeah, Smelt!” A new opening day tradition is born.

Yellow Corn Meal (I use the Quaker round container. You may have to pour a little out to make shake room)
Old Bay’s Seasoning
Table Salt

So friends, family and the in-laws may be in town for the holidays, and with Christmas just two days a way, low cost activities might be in order. Here are a few options if you are up for a little jaunt about town.

Meeting at 1pm in the Shops of Grand Avenue Mall, Historic Milwaukee is holding guided tours of the skywalks connecting downtown Milwaukee’s buildings. The tours are scheduled to take place today, tomorrow and Christmas Eve. Historic Milwaukee docents do a great job with providing interesting tidbits that are wrapped in their own personal experiences. The tours are $10 for non-members and $2 for ages 17 and under.

Historic Milwaukee is also the sponsor of Doors Open Milwaukee, an event that had marvelous success bringing people to experience downtown on self-guided tours of Milwaukee’s buildings that places that aren’t often completely open to the public such as the observation deck of the US Bank Building, Jones Island waste treatment facility, the Central Library, and Milwaukee School of Engineering’s Grohmann Museum. During the summer months, Historic Milwaukee offers guided walking tours of the Third Ward and Boat Tours of the Milwaukee, Menomonee and Kinnickinnic Rivers as well.

After checking out the skywalk tour, Downtown Milwaukee has a number of street scaped Christmas light displays. Local Trolley suggests taking Wisconsin Avenue east starting at Water Street, following the bend at Prospect Avenue and turning west on Mason Street to see the Northwestern Mutual tree lights, continuing west to Water Street then heading north past City Hall and the Performing Arts Center to State Street, turning west (left) on to State Street heading to Old World 3rd Street past Pere Marquette Park and turning south on 3rd Street then east on to Kilbourn Street driving to Jackson Street turning south on Jackson Street past Cathedral Square, then west on to Wells to Water Street where you head north on Water to Red Arrow Park for Ice Skating or at least watching people ice skate. Skating is free if you bring your own skates!

If you don’t feel like driving around you can also pick one of several places in downtown Milwaukee with Christmas Tree displays that you can admire with a mug of coffee or cocoa. Two of those places City Hall and Cathedral Square were already mentioned. What I didn’t mention is that Catherdral Square’s Christmas Tree display features trees decorated by local schools and non-profit groups, and has Christmas Music playing from stereo speakers. Across from City Hall, if you prefer indoor settings, a very nice tree, reaches up the foyer atrium of the Intercontinental Hotel.

Another option is Catalano Square at the south end of Broadway Street in the Third Ward. The nearest coffee shop is a two block walk to Bella Cafe on the corner of Milwaukee and Chicago Streets, or Veduras Tea Room on Broadway just north of Catalano Square.

Do you have any Christmasy activities to suggest! Feel Free to add them in the comments! MERRY CHRISTMAS!!

‘Tis the season again, and why not be merry. No snow yet, a nice extended fall. There’s egg nog to choke down and hot cider brandy’s to warm the belly… and beer does’t really need an occasion.

For hardcore urbanites, a breed multiplying in all walks of life, Christmas season also brings another opportunity to meld all of these activities together while visiting the best hangouts in the City and traveling by the healthiest and most-preferred mode of transport: the bicycle!

Pretty simple, this Saturday dress-up like Santa, or something Santa-related (beard and Santa hat at least) grab some friends, jump on your bikes and head to one of the meeting points: Cafe Hollander (Downer or Tosa), Fuel Cafe, or Cafe Centraal. The main rendezvous points are Lakefront Brewery and Great Lakes Distillery where the pandemonium of hoards of Santas taking over streets by bike really ensues.

Kochanski’s provides a pit-stop with free food and as much Zywiec as your bladder can hold (sorry the shotski won’t be available though, gotta make sure Santa(s) can deliver presents in time). The final destination is back to Bay View at Cafe Centraal where none other than the Wild Birds will help Santas get more crazy. 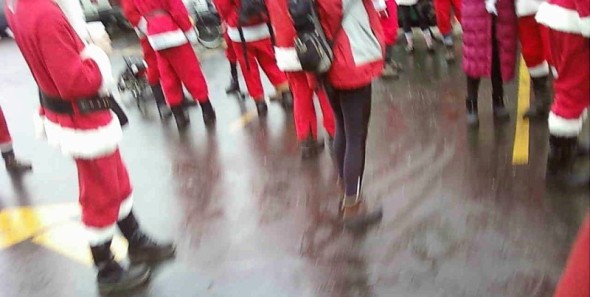 Hidden within the astute renaissance facade of the Central Library, the people that walked those halls, past and present, exude as much character as the marble railings and bound books they house. Doors Open Milwaukee let us peer into the the windows of the past of kept open by the Central Library structure’s detailed building-craft and stacks filled with archives of knowledge.

Central Library docents guided tour-faring guest through several of the most celebrated portions of the building during Doors Open. Built by Ferry & Clas and opened in 1898, The Central Library once housed the Milwaukee Public Museum, and Discovery World’s in years prior to its current location on the Lake Front. The U-shaped building footprint allowed the library to reside on the Eastern wing and the Museum on the Western wing, joined by the grand rotunda.

Typical of the high time of architecture, when construction of the Central Library took place, a design competition determined the builder of the Library. Frank Lloyd Wright dueled Ferry & Clas for the gig, however unable to stir imaginations with his submission and with whispers questioning its tenability, Wright withdrew his design ceding to Ferry & Clas’s French and Italianate neo-renaissance design. Ferry & Clas had also recently constructed the Pabst Mansion and the Goll and Frank Building in the Third Ward. The Library to this day shocks visual senses with its exterior elegance and stately interior.

A small chink in the mystique of the Central Library arose when a architectural design flaw surfaced in the Pabst Mansion. Upon learning of the fact George Ferry, the firm’s principal, destroyed the Central Library’s blueprints fearing the possibility of another blemish to his reputation if a similar discovery occurred within the Library.

Pictures of Milwaukee’s historical figures and structures nestle against walls and in display cases, anchoring the Milwaukee to its past. A rare example of tessera mosaic floor tile lights the way, through the Library’s halls back in time. 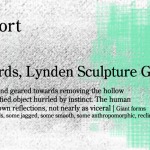 Art for the Birds came about as an attempt to decrease the number of birds that go careening into window panes during the summer and fall months. The Lynden Sculpture Gardens will host an afternoon of crafty-ness as they create a collage for the Lynden Gallery building designed to alert birds to presence of windows.  Between 12:30 and 2:30p on July 10th, you can add aesthetically pleasing and bird deterring digital images for the collage. Bring you digital cameras and cool photo ideas along.

The Lynden Sculpture Gardens, which actually more resembles mid-sized park, features over 50 exquisite monumental industrial and traditional sculptures in the garden. Currently, on exhibit at the Lynden Gallery is artwork by Amy Cropper and Stuart Morris entitled Inside/Outside. The Lynden Sculpture Garden also hosts other periodic events such as Yoga in the Garden, which happens Sunday’s at 1:00p.

Even if you can’t make Art for the Birds or Yoga in the Garden, the Lynden Sculpture Garden is open Friday through Wednesday for the Summer months, a great setting to spend a relaxing afternoon whenever you might have a chance. 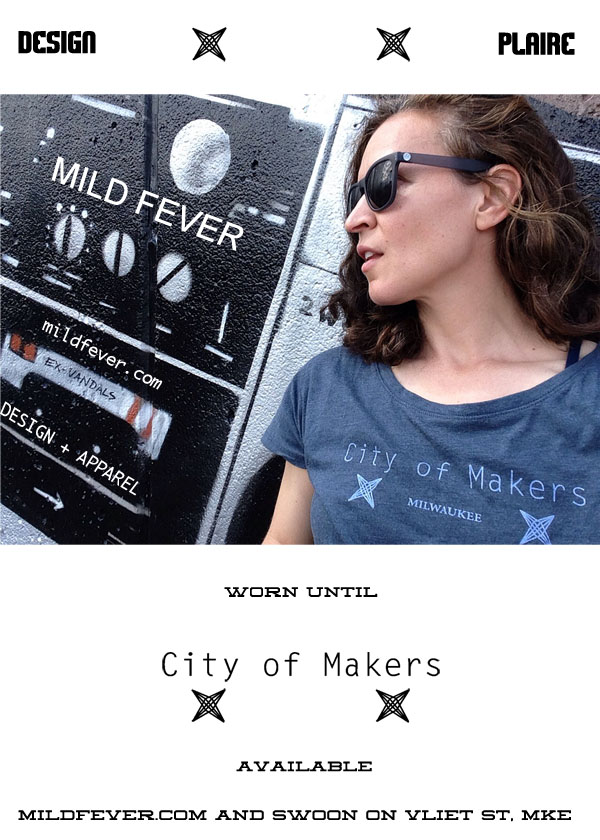 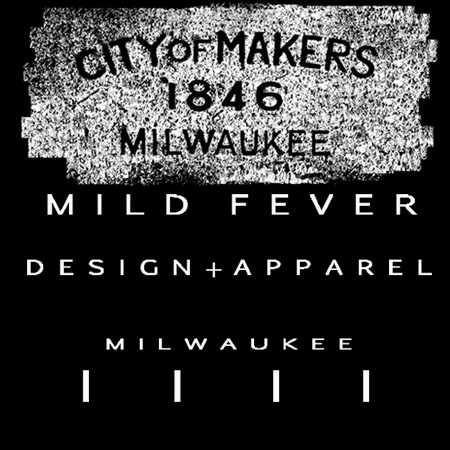