At Bay View’s Alchemist Theatre, their current production Help Wanted slickly looks at the cult of mid-20th century’s corporate class and doesn’t pull punches or hide the sexy back-room cogs that kept the profit machines running. Typical of Artistic Director Aaron Kopec‘s productions, the audience is treated to a show that transcends the stage, delivering high impact performances from the players that linger with you after the show. 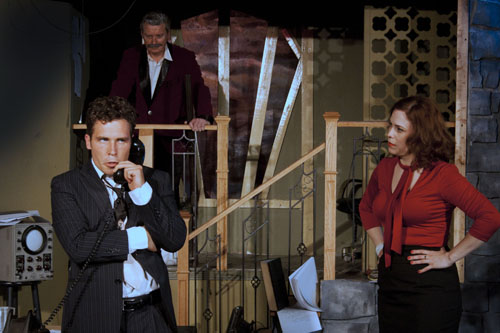 For local theater enthusiasts, Help Wanted continues to be buzz-worthy even a couple of weeks into its run, and makes the stage arts accessible to new blood. As you follow the traipses of Rand Dandrich (Clayton Hamburg) and Majory Lotus (Anna Figlesthaler), Help Wanted extends the audience a business handshake followed by a teasing kiss on the hand, with a wise-ass inappropriate pat on the butt, before it socks you in the gut, slaps you in the face and leaves you so agasp that you’re turned on by it all. You’ll want to stock up on pencils, yes that’s right pencils and ah, Scotch. 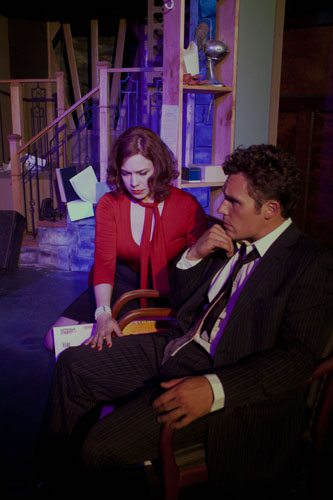 Last fall the Alchemist gave us Faust, a sprawling narrative that guided audiences on an eerie journey throughout the Alchemist Theatre space, venturing on the surface of reality and daring patrons to go below. This time with Help Wanted, the Alchemist Theatre furnishes a hot summer show that successfully weaves comedy, sexuality, and intrigue into a sleek polyester-blend frock accented with nice pumps. Help Wanted features performances from Michael Keiley, Sydonia Lucchesi, Randall Anderson, Erin Hartman, Jake Mallony, Zack Brickman, and Aaron Kopec.